He worked with civil rights leader Rev. James Lawson in Memphis, marched with Dr. Martin Luther King, Jr. in Selma, and joined the national staff of the Fellowship of Reconciliation in 1965.

He played a leading role in the anti-Vietnam war movement – resisting the draft, coordinating the massive March on Washington in November 1969, and making three trips to Vietnam, including bringing Christmas mail between families and American POW’s in Hanoi.

He served as National Peace Education Secretary of the American Friends Service Committee from 1972-1982; and then as the AFSC’s Middle East Representative, along with his wife, Carol Jensen, from 1982-85, based in Amman, Jordan.

When he returned to the US, he laid the groundwork for the formation of the US Interreligious Committee for Peace in the Middle East in 1987, bringing American Jews, Muslims and Christians together to advocate for a just two state solution for Israel and Palestine. He organized the first National Interfaith Convocation and Congressional Visitation for Mideast Peace in 1989 and led a dozen interfaith trips to Israel, the West Bank, Gaza, Egypt, Jordan and Syria.

Ron continued to work for Israeli-Palestinian peace until his passing, since 2003 under the auspices of the National Interreligious Leadership Initiative for Middle East Peace (NILI).

Ron is the author of Missed Opportunities for Peace: US Middle East Policy, 1981-86 and a memoir, Crossing Boundaries in the Americas, Vietnam and the Middle East. He authored many commentaries for the Everett Herald since 2013 and has blogged at Ron Young Views since 2016. Ron loved people, beginning with his family. Though he met many famous persons in his life – from Yasir Arafat to Hilary Clinton – he was known for striking up conversations with people in public places from museums to airports. He believed in the human capacity to make the world a better place for all, and, along with Dr. King, that “the arc of the moral universe is long, but it bends toward justice.”

He is survived by his wife, Rev. Carol Jensen; sons, Jonah Jensen-Young and Jamie Jensen-Young (Hena Parveen); sister, Judy Sproul; and grandchild, Omar Young. He was a member of St. John United Lutheran, Seattle, where Carol served as pastor for 19 years, and of Trinity Lutheran, Everett, since 2016. A memorial service and remembrance of Ron’s life will be held on Saturday, October 6, 2018 beginning at 1:30 p.m. at Our Savior’s Lutheran Church, 215 Mukilteo Blvd., Everett, WA.

Those who wish to make a tribute to Ron are encouraged to support organizations that continue the work for justice and peace, and bringing people together across lines that divide us, such as the Faith Action Network (of Washington State) at www.fanwa.org.

February 23, 2020
by jsproul
Comments Off on Open letter to Sen. Will Brownsberger on red light cameras

As a constituent and resident of Watertown, and registered Democrat, I’m writing to express my opposition to your automated enforcement “red light camera” bill. Every place that I have seen or read about use of these technologies, it has been a financial disaster for all involved and has done little or nothing to improve collisions, injuries, and fatalities.

There are 3 major reasons why I believe this legislation is misguided.

1. This bill invests public attention and ire on the wrong problem.

We should be focused on creating reliable public transit options that actually serve the majority of commuter needs and reduce traffic, not creating complex legislation to impose small fines that will be subject to endless disputes and waste taxpayer money on all fronts. This bill distracts us from far more important work that will not only save lives but also help to save our climate.

2. Traffic camera solutions impose yet more burdens on poorer citizens of the Commonwealth

Poorer citizens will often pay unjustified fines because they cannot afford the time or money to challenge improper actions by poorly installed, configured, and maintained enforcement infrastructure. They will likely even pay when they should have benefited from one of the many exceptions for lawful, proper, and prudent operation.

Wealthier citizens – who pay as much or more than the per-offense fine just to park in Boston for a day – will treat this as a minor cost of continuing to drive as they please. If anything, they will become even more entitled in their behavior, especially as no points attach to their record.

3. The violations enforced do not even reflect the majority of traffic offenses that I observe causing collisions or creating dangerous situations on a daily basis.

I drive to and from downtown Boston every day, and material violations of red lights (entering more than a fraction of a second after light change) are relatively rare. The motor vehicle misdeeds that create the vast majority of accidents and near-misses that I’ve observed are:

Only a tiny fraction of the above items would potentially be addressed by your bill.

An added bonus issue: in my experience and observation, cyclists commit the overwhelming majority of instances of offenses addressed by the bill. This creates dangerous conditions and causes collisions either with themselves, with pedestrians, or between motorists responding to their actions. Yet cyclists could not and would not be subject to enforcement. Why are we not investing efforts to improve the safety of cycling with better protection of bike lanes that would also reduce cyclists’ perceived need to commit these offenses?

I hope that you and your colleagues will reconsider this misguided legislation before it’s enacted.

For every era, there is a song that in historical retrospective epitomizes that era. I wonder if Sara Bareilles has written that song for the late teens of the new millennium, when America seems to dangle from the precipice of its principles.

When the pain is all that they offer
Like the kiss from the lips of monster
You know the famine so well, you never met the feast
And home is the belly of the beast

The ocean is wild and over your head
And the boat beneath you is sinking
Don’t need room for your bags
Hope is all that you have
So say the Lord’s prayer twice, hold your babies tight
Surely someone will reach out a hand
And show you a safe place to land

The ocean is wild and over your head
And the boat beneath you is sinking
Don’t need room for your bags
Hope is all that you have
So say the Lord’s prayer twice, hold your babies tight
Surely someone will reach out a hand
And show you a safe place to land

January 3, 2019
by jsproul
Comments Off on Steven Wright QOTD

Eagles may soar, but weasels don’t get sucked into jet engines. 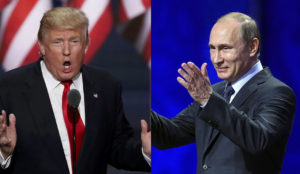 Donald campaigned against getting involved in foreign wars. Guess what? He lied. He won’t do it for (misguided) humanitarian reasons like Hillary, who he attacked in the campaign for being an interventionist hawk, but he will gladly do it to make himself look like a real leader and to get his Russian ties and subsequent coverups off the front pages.

This is a gift to the Putin and Assad regimes in Russia and Syria, and a distraction for the media and the public in the US. Win-win-win. It’s a trifecta of totalitarianism.

END_OF_DOCUMENT_TOKEN_TO_BE_REPLACED 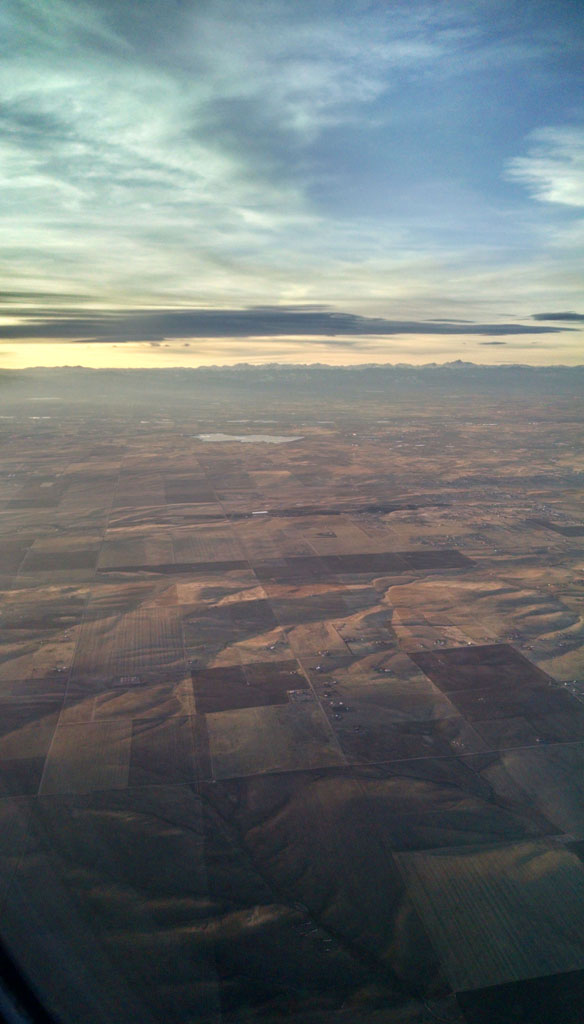 Taken from a flight into DEN on March 5, 2017. Slightly rotated and cropped to level horizon, color saturation +10% to compensate for mediocre Moto X camera and plane windows. 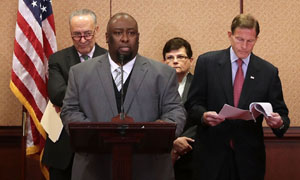 Neil Gorsuch was the one judge—of seven involved in the case of Alphonse Maddin—who believed that a delivery company could fire a person for abandoning their vehicle rather than freeze to death.

“…Then the first thing I noticed was that in [Gorsuch’s] opening reference he simply called me a trucker and didn’t use my name,” Maddin said.

Read the article here. As I warned previously, Neil Gorsuch lives in a world of legal fantasy that is cerebral and lacks empathy, that treats people as objects rather than as people – i.e. a psychopath – and is incapable of executing the duties of his office to protect the fundamental rights of all citizens of the United States. He may pretend to be warm and folksy and kind. Psychopaths often do.

Why did he rule this way? Because the law wasn’t written to cover this precise set of conditions, regardless of legal intent or Department of Labor findings. 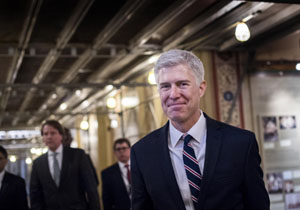 Pay attention this week, scrutinize Gorsuch’s words, understand their meaning and context, and talk with your representative.

In my mind there are only two questions that we need to understand about Neil Gorsuch to determine whether to use the filibuster “nuclear option”.
END_OF_DOCUMENT_TOKEN_TO_BE_REPLACED

Ten years ago I overflowed
Full of lust, and wonder, and myself.
You rushed down with spring melt
And we were born
Seeing only far behind
Where we merged and wandered.


If every seven years our bodies
Are replaced completely,
I wonder whether waters
Know when they cease to be a stream
And have become the sea?

As droplets’ paths diverge
Do they remember
being a river